via Does Your Language Shape How You Think? – NYTimes.com.

Seventy years ago, in 1940, a popular science magazine published a short article that set in motion one of the trendiest intellectual fads of the 20th century. At first glance, there seemed little about the article to augur its subsequent celebrity. Neither the title, “Science and Linguistics,” nor the magazine, M.I.T.’s Technology Review, was most people’s idea of glamour. And the author, a chemical engineer who worked for an insurance company and moonlighted as an anthropology lecturer at Yale University, was an unlikely candidate for international superstardom. And yet Benjamin Lee Whorf let loose an alluring idea about language’s power over the mind, and his stirring prose seduced a whole generation into believing that our mother tongue restricts what we are able to think. 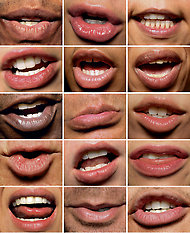 In particular, Whorf announced, Native American languages impose on their speakers a picture of reality that is totally different from ours, so their speakers would simply not be able to understand some of our most basic concepts, like the flow of time or the distinction between objects (like “stone”) and actions (like “fall”). For decades, Whorf’s theory dazzled both academics and the general public alike. In his shadow, others made a whole range of imaginative claims about the supposed power of language, from the assertion that Native American languages instill in their speakers an intuitive understanding of Einstein’s concept of time as a fourth dimension to the theory that the nature of the Jewish religion was determined by the tense system of ancient Hebrew.

Eventually, Whorf’s theory crash-landed on hard facts and solid common sense, when it transpired that there had never actually been any evidence to support his fantastic claims. The reaction was so severe that for decades, any attempts to explore the influence of the mother tongue on our thoughts were relegated to the loony fringes of disrepute. But 70 years on, it is surely time to put the trauma of Whorf behind us. And in the last few years, new research has revealed that when we learn our mother tongue, we do after all acquire certain habits of thought that shape our experience in significant and often surprising ways.

Whorf, we now know, made many mistakes. The most serious one was to assume that our mother tongue constrains our minds and prevents us from being able to think certain thoughts. The general structure of his arguments was to claim that if a language has no word for a certain concept, then its speakers would not be able to understand this concept. If a language has no future tense, for instance, its speakers would simply not be able to grasp our notion of future time. It seems barely comprehensible that this line of argument could ever have achieved such success, given that so much contrary evidence confronts you wherever you look. When you ask, in perfectly normal English, and in the present tense, “Are you coming tomorrow?” do you feel your grip on the notion of futurity slipping away? Do English speakers who have never heard the German word Schadenfreude find it difficult to understand the concept of relishing someone else’s misfortune? Or think about it this way: If the inventory of ready-made words in your language determined which concepts you were able to understand, how would you ever learn anything new?

SINCE THERE IS NO EVIDENCE that any language forbids its speakers to think anything, we must look in an entirely different direction to discover how our mother tongue really does shape our experience of the world. Some 50 years ago, the renowned linguist Roman Jakobson pointed out a crucial fact about differences between languages in a pithy maxim: “Languages differ essentially in what they must convey and not in what they may convey.” This maxim offers us the key to unlocking the real force of the mother tongue: if different languages influence our minds in different ways, this is not because of what our language allows us to think but rather because of what it habitually obliges us to think about.

Consider this example. Suppose I say to you in English that “I spent yesterday evening with a neighbor.” You may well wonder whether my companion was male or female, but I have the right to tell you politely that it’s none of your business. But if we were speaking French or German, I wouldn’t have the privilege to equivocate in this way, because I would be obliged by the grammar of language to choose between voisin or voisine; Nachbar or Nachbarin. These languages compel me to inform you about the sex of my companion whether or not I feel it is remotely your concern. This does not mean, of course, that English speakers are unable to understand the differences between evenings spent with male or female neighbors, but it does mean that they do not have to consider the sexes of neighbors, friends, teachers and a host of other persons each time they come up in a conversation, whereas speakers of some languages are obliged to do so.

On the other hand, English does oblige you to specify certain types of information that can be left to the context in other languages. If I want to tell you in English about a dinner with my neighbor, I may not have to mention the neighbor’s sex, but I do have to tell you something about the timing of the event: I have to decide whether we dined, have been dining, are dining, will be dining and so on. Chinese, on the other hand, does not oblige its speakers to specify the exact time of the action in this way, because the same verb form can be used for past, present or future actions. Again, this does not mean that the Chinese are unable to understand the concept of time. But it does mean they are not obliged to think about timing whenever they describe an action.

When your language routinely obliges you to specify certain types of information, it forces you to be attentive to certain details in the world and to certain aspects of experience that speakers of other languages may not be required to think about all the time. And since such habits of speech are cultivated from the earliest age, it is only natural that they can settle into habits of mind that go beyond language itself, affecting your experiences, perceptions, associations, feelings, memories and orientation in the world.

BUT IS THERE any evidence for this happening in practice?

Let’s take genders again. Languages like Spanish, French, German and Russian not only oblige you to think about the sex of friends and neighbors, but they also assign a male or female gender to a whole range of inanimate objects quite at whim. What, for instance, is particularly feminine about a Frenchman’s beard (la barbe)? Why is Russian water a she, and why does she become a he once you have dipped a tea bag into her? Mark Twain famously lamented such erratic genders as female turnips and neuter maidens in his rant “The Awful German Language.” But whereas he claimed that there was something particularly perverse about the German gender system, it is in fact English that is unusual, at least among European languages, in not treating turnips and tea cups as masculine or feminine. Languages that treat an inanimate object as a he or a she force their speakers to talk about such an object as if it were a man or a woman. And as anyone whose mother tongue has a gender system will tell you, once the habit has taken hold, it is all but impossible to shake off. When I speak English, I may say about a bed that “it” is too soft, but as a native Hebrew speaker, I actually feel “she” is too soft. “She” stays feminine all the way from the lungs up to the glottis and is neutered only when she reaches the tip of the tongue.